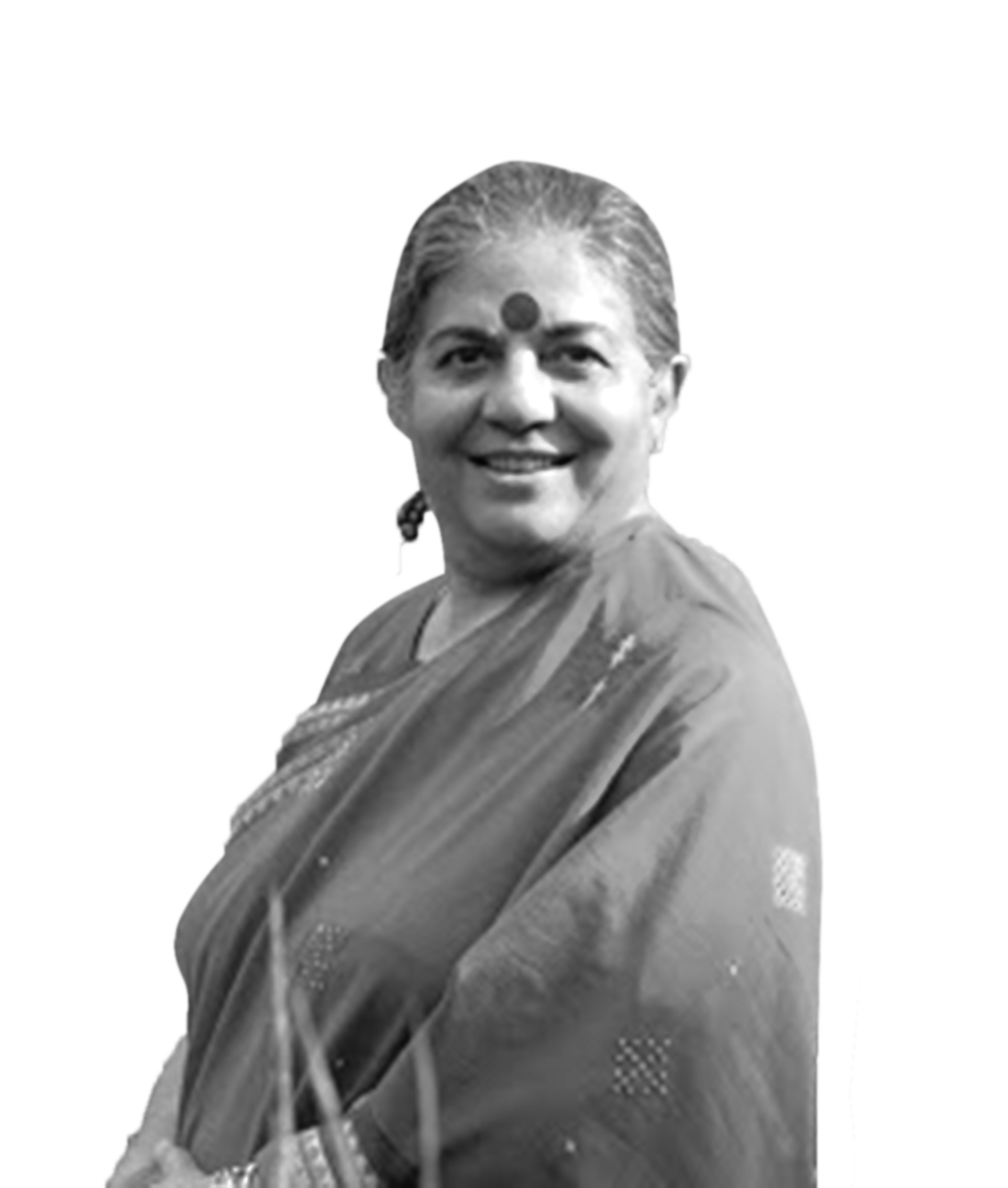 Dr Vandana Shiva is one of the most prominent environmental activists in the world, author of many books (including Earth Democracy). She on the Executive Committee of the Global Alliance for the Rights of Nature and is a judge of the International Rights of Nature Tribunal.

Born in 1952 the daughter of a forestry official and a farmer, she grew up in Dehra Dun, near the foothills of the Himalayas. She received a master’s degree in the philosophy of science from Guelph University, Ontario, in 1976 and in 1978 a doctorate from the department of philosophy at the University of Western Ontario. She then returned to India, where she worked for the Indian Institute of Science and the Indian Institute of Management.

In 1982 she founded RFSTN, later renamed the Research Foundation for Science, Technology and Ecology (RFSTE), in Dehra Dun. In response to Asia’s “Green Revolution” RFSTE scientists established seed banks of traditional crop varieties throughout India and training farmers in sustainable agricultural practices. In 1991 Shiva launched Navdanya (meaning “Nine Seeds,” or “New Gift” in Hindi) which campaigns against agricultural monoculture and genetically modified organisms. In 2001 she opened Bija Vidyapeeth, a school and organic farm near Dehra Dun that offer courses in sustainable living and agriculture.

She is the recipient of numerous international awards including the Right Livelihood Award (1993) and the Sydney Peace Prize (2010).