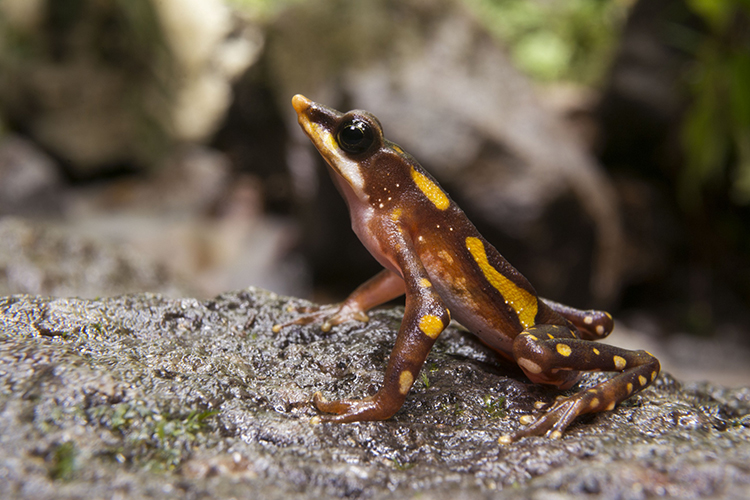 No items found.
WRITTEN BY

The Longnose Harlequin Frog (Atelopus longirostris) is at the centre of a legal battle to stop a mining project in the Imbabura province in Ecuador. This unique amphibian, last seen in 1989, was long-believed to have been extinct. But hopes for the species’ survival were renewed in 2016, with the finding of four Longnose Harlequin frogs in the highly biodiverse cloud forests of the Intag valley, where heavy rainfall and persistent mist at the canopy level create a humid environment for wildlife to thrive.

Now the species once again faces an existential threat as plans for a copper mine in the area are under way. The joint venture between Chilean mining company Codelco and Ecuador’s state-owned Enami, called the Llurimagua copper opencast mine, has activists and conservationists concerned that the mining activities will destroy the Longnose Harlequin’s primary habitat and cause it to go extinct – this time for good. This is a grave threat to one of the most highly biodiverse areas in the world.

Read the full Guardian article on the legal efforts to stop the mining project here.